To keep things more consistent at WARG, we enforce a set of guidelines on all submitted CAD designs. This only applies to mechanical CAD files (not electrical). Since we use Solidworks for most of our mechanical work, these guidelines mainly apply to it.

In order for your design to be accepted it must adhere to all the commandments listed below. If the part does not you will be notified what modifications need to be made in order for it to be accepted. Once your part is accepted you can begin to manufacturer/make the part. If an assembly of parts is being made all parts and the assembly must be approved before manufacturing/making the assembly.

NOTE: If you violate one of these commandments you must notify a team lead with a valid explanation as to the reason for violating the commandment

All CAD files should adhere to the following naming convention (snake upper case):

For example, if the gimbal assembly contains a part camera which itself is also an assembly:

In the assembly folder create another folder to store drawings.

For the actual part files, follow the same naming convention as above, and store them in this folder.

Create a seperate Renders folder within your project and dump all your renders there. No naming convention here 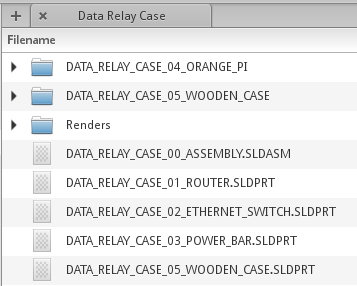 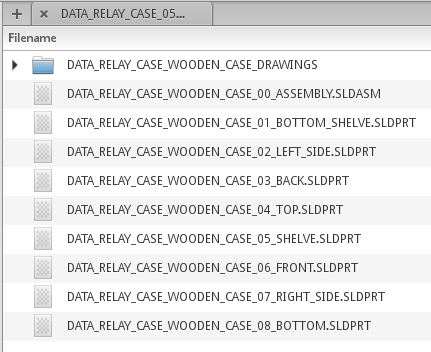